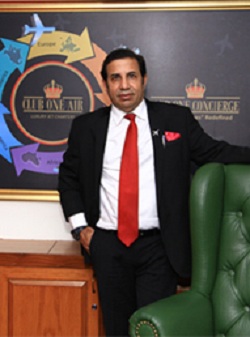 Rajan Mehra brings a wealth of rich experience, knowledge and expertise in almost all facets of the business aviation in COA. He played leadership role in Airport Management & Operations, Marketing, Corporate Strategy, Network Planning, Start-ups & Launches and government relations in some of the world's leading airlines. In addition, he played a key role in the launch and business set up of Qatar Airways, Finnair and Asiana Airlines in India.

His multi- faceted skill and his role in these launches earned him award of "The most versatile Aviation Professional of the decade" from the honorable Minister of Tourism, Shri Sultan Ahmed at the fifth Annual Aviation & Tourism Award ceremony in New Delhi in October 2009. Col Sanjay Julka is currently heading Club One Air – India’s leading Charter Airline, as CEO- Technical. Prior to Club One Air, he was leading as the Chief Executive officer of one of India’s biggest aircraft charter companies, India Flysafe Aviation Limited. Col Julka has over 29 years of experience in the aviation sector, both in the Army and Business Aviation. During his career in the Army, besides flying over varied terrain including the highest battlefield of the world, Siachen Glacier, Col Julka has held many renowned appointments. Just before retirement, he was the Senior Aviation Advisor to Army Commander in the South Western Command where he strategised employent of 30 helicopters in war and peace, at the borders of Punjab and Rajasthan. As CEO of India Flysafe Aviation Limited, where he served for six years, he was instrumental in improving charter flying in the Company by 80 percent, with increased revenuue and profitability. He was also responsible for oversight of three private airfields. He was elected as the Vice-President of Business Aircraft Operator’s Association of India (BAOA), where he pioneered the first ever industry report on Business Aviation in India and was instrumental in resolving many regulatory for the Industry. As CEO- Technical, Col Julka would be jointly responsible for the Company strategy and lead the Engineering department. He would also be responsible for all sale and acquisition of aircrafts. 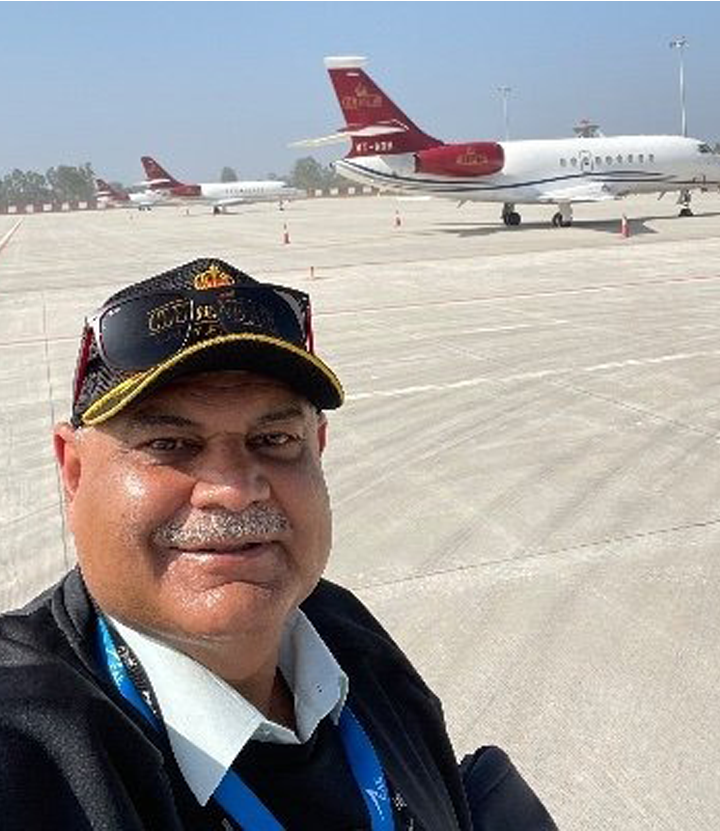 Capt. Mohnish Chadda is an experienced aviator with 35 years of civil aviation association. He has to his credit an unblemished, accident-free, safe flying Record of over 17,000 hours of Jet Airplane Domestic and International Flying Experience and over 5000 hours of Simulator and flying training experience under his belt.

He Graduated from the prestigious India Gandhi Rashtriya Udan Akademy- 'IGRUA" in the First Batch to join The National Carrier- Indian Airlines, where he achieved the levels of Check Pilot, Flight and Simulator Instructor before joining the Kingfisher Airlines at the inception stage were; he was Senior Flying Instructor/Examiner on Airbus A319/320/321 Fleet and the Wide Body Airbus A330 Fleet, responsible for the majority of pilot's training.

He was also Director of Training & Operations with Ligare Aviation, His previous employer. He holds an Open Rating on his Indian License. Capt Mohnish is also holding FAA License endorsed as Pilot-in-Command on the most advanced aircraft Falcon-7X. He is also a Certified Aviation English Language Proficiency (ELP) Examiner.

By virtue of his professional acumen, Capt Mohnish Chadda was selected and deputed to DGCA as Senior Flight Operations Inspector, at FSD Directorate.

Capt. Mohnish Chadda Joined Club One Air in 2016 and is currently a Flight Examiner on the company’s vital and major fleet Falcon 2000, also; the largest aircraft fleet of Falcon 2000 in any Corporate Aviation Company in India. Capt. Mohnish Chadda is also the Industry Type Rated Expert (ITRE) on deputation to Indian regulatory authority; DGCA for Falcon-2000 Fleet.

He was heading the Training Department and presently, is the Director-Flight Operations Club One Air. 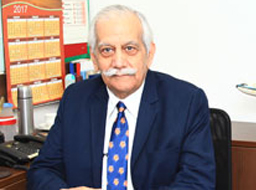 Air Commodore (retd) Garcha is an Air Force Pilot having 53 years of aviation experience. He has flown over 12000 flying hours. He was awarded SWORD of HONOUR and PRESIDENT’s PLAQUE on commissioning. He has served on deputation to IRAQ and is a recipient of VAYU SENA MEDAL and in recognition of Distinguish Service of an Exceptional Order was awarded ATI VASHISHT SEVA MEDAL by the PRESIDENT of India. He is with Club One Air since November, 2005. 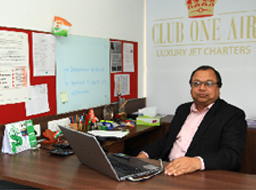 Neeraj Aggarwal is a Chartered Accountant having a total post qualification experience of 20 years. He has also appeared and cleared Certified Public Accountant course from USA. Over the years while working with various organisations both in India and abroad, he has gained rich experience in dealing with various facets of Finance and Accounts. Out of 20 years of experience he has spent 10 years in the aviation industry while working with Club One Air since 2005. 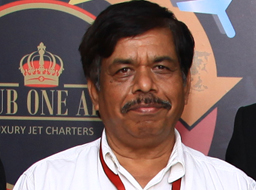 D.K Sharma is an engineering graduate in Electronic and Telecommunication Engineering Alumni. His career started in 1989 with PHL engineering department as graduate engineer trainee. He has worked in various helicopter and fixed wing organization at important assignments. 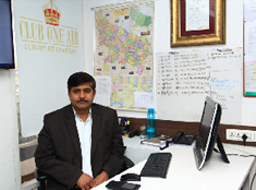 Radhey Shyam Gautam has vast experience of 33 years in aviation, which includes 23 years in Indian Air Force in the ATC/Radar stream. He has served in vital strategic fighter squadrons at the Air Force including tenure in France. He has been part of Operations team for last 10 years and is presently handling Ground Operations and Flight Planning at Club One Air. 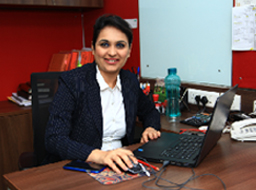 Divya Pahuja has over 13 years of experience in IT, Manufacturing and Hospitality Industries as HR. She has an MBA degree from Institute of Planning and Management, affiliated to IMI, Belgium and play a key role in strategic business HR for Club One Air. 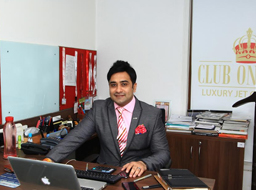 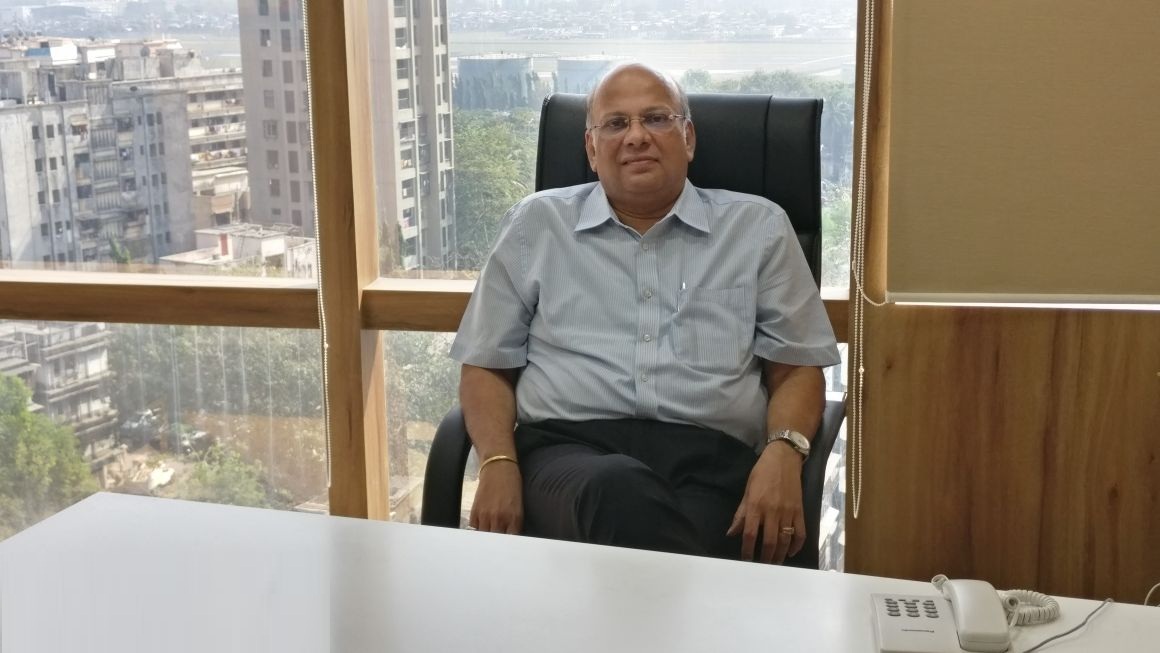 Sanjiv Deshpande has a dynamic personality with equally enterprising professional representation with over 4 decades of experience with some leading companies. In India, Sanjiv is assosiated with COA since 2006 leading its Mumbai Operations.